After introduce several version of HTC ONE, now we are going to see more about good and bad of HTC ONE M8 which just introduce in the year 2014. Like previous HTC One version, the new HTC ONE M8 body also build with good aluminium good design, easy to hold for 5 inches LCD screen smartphone. Android Kitkat operating system also installed at HTC ONE M8. This smartphone have quad core processor and 2GB RAM for run many multitasking applications.

Please note, we are not said that HTC ONE M8 are bad, but this information will give more point of view about what is bad and what is good together in this phone, so we can consider more before buy or have HTC ONE M8.

The Specifications of HTC ONE M8 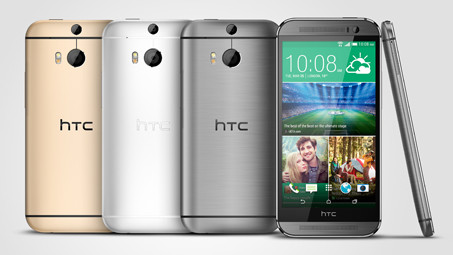 What is Advantage Good things From HTC ONE M8 – strength?

Start from the build quality for HTC ONE M8 with aluminium with elegant design, will make happy for all users who like to have good quality smartphone. Size wise of HTC ONE M8 is comfort for our hand because it have 5 inches LCD screen. The quality of LCD it self is also good because it is use Super LCD 3 which known give bright and colorful view. We do not have to worry about the LCD scratch although we are not use screen protection, because the LCD of HTC ONE M8 by default already use Corning Gorilla Glass protections. If we see at LCD screen bellow the bright sunlight, then LCD still give good view of display.

The good things from HTC ONE M8 that we really like is available of external simcard slot. We can use MicroSD simcard up to 128GB, similar to Samsung Galaxy S5. The size of internal memory either 16GB or 32GB usually already big enough for save our daily working files, but using more external memory will give more space for save many photo or video from this smartphone.

What is advantage of HTC ONE M8 Duo Camera? This is the new features from HTC ONE M8, and maybe the first smartphone who use duo camera in the world. As the name of Duo Camera, the HTC ONE M8 have dual sensor to take picture at once, then we can tweak our result after save it in memory. Unfocus is new feature that we really like it, we can touch the focus of image that we already capture. This is good. Usually we need to prefocus the object before capture the images, but now we can capture without focus any object at the screenarea, but after some images has taken and view in the LCD, we can touch to focus the object and make blur for other object.  There are also others features in the HTC ONE M8 duo camera, they have their specific function and we can choose as what we need.

Now we are talking about some disadvantage of HTC ONE M8

The drawback point of HTC ONE M8 is the Nano Simcard for network provider, well we do not have idea why the 5 inches smartphone which also have big body use Nano Simcard, but user should cut or change their simcard to nano size before using the HTC ONE M8.

The disadvantage of HTC ONE M8 if compare with Sony Xperia Z family and Samsung Galaxy S5 is HTC ONE M8 still non water resistance smartphone, maybe because aluminium body design and build quality is first main reason for HTC can not make the water resistance for HTC ONE M8.

The bad side of HTC ONE M8 use the same idea for non removable battery like other previous HTC One smartphone, however good point of non removable is that we will always get original battery, unless someone break the seal to change the battery inside market store.